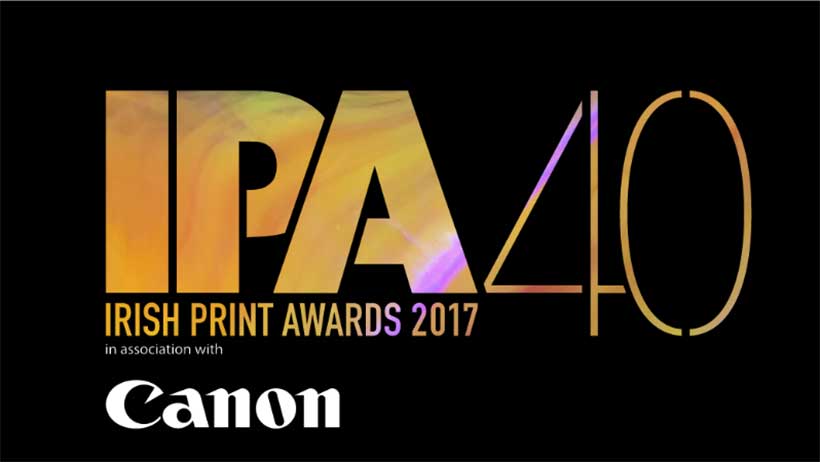 The end of the year is still a handful of weeks away, but now that we are into the home straight on 2017 thoughts are turning to awards and accolades. The printing industry is no different in this respect which is why <a href=”http://irishprinter.ie/”>Irish Printer</a>, along with sponsors Canon, are gearing up to present the 40th year of the Irish Print Awards.

Finalists have now been announced in categories as diverse as Book Printing and Commercial Vehicle Wrap, and a special category recognising the efforts and innovation of SME Printers. This last category is an important place on the winners’ podium as it highlights the work done by printers working at the SME scale, some of whom will surely drive the industry here forward in the years to come.

The awards take place this year at the Aviva Stadium on December 1st, 2017. Details, nomination forms and tickets are available at the Awards <a href=”http://irishprinter.ie/awards/”>homepage</a> and they are on <a href=”https://twitter.com/PrintAwards”>Twitter</a> where news of nominations are updated as they come in.