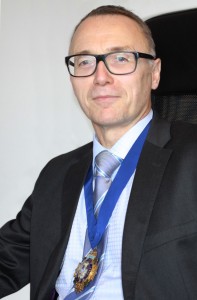 “We are delighted to announce that, as a result of representations made by the Irish Printing Federation, a meeting was held between SOLAS and DIT at which it was agreed that the Print Media Apprenticeship would be granted a one year reprieve.

Why does this matter?

The Print Media Apprenticeship is the only recognised craft training qualification in the state, the industry needs properly trained craftspeople. There is already a skills shortage in a number of key areas in the Irish Print industry. While in-house training might work as a stop-gap measure it will ultimately lead to a deskilling of our workforce. At a time when the industry is facing so many challenges – the economic uncertainty of Brexit, foreign competition the move away from print we can’t afford to lose our skills base. If we fail to address this issue it will have a serious impact on our ability to compete in the future.

What can I do?

Unfortunately the negotiations to save the apprenticeship scheme has caused some delay in the registration of apprentices, so we are calling on all printers who might consider taking on an apprentice to contact the IPF as a matter of  extreme urgency. (Diane Dignam: info@irishprintingfederation.ie or 086-8520893).

Furthermore we are calling on all stakeholders in the industry – printing companies, training bodies, unions and state agencies to join with the IPF to fight for the continuation of the Print Media Apprenticeship.